Mother’s Love honors the special bond all mothers share with their children. About this particular piece, Ms. Young said that

“it was painted as a Mother’s Day gift to my mom, without whose intuition and determination I would be leading a very different existence.”

“My mother suffered the heartbreak of three miscarriages. The fourth pregnancy resulted in over forty-eight hours of labor, during which the doctor instructed a nurse to sit on my mother’s abdomen to push the baby out.

A son was born, but died after two days. My mother almost died as well. It took her a year to recover physically as well as mentally. Afterwards, she and my father decided to adopt.
This was rare in Hong Kong, as Chinese people never adopted children who were not blood-related. Therefore, my parents could pick and choose among hundreds of unwanted kids.

After visiting several orphanages and not finding a child they took to, they came to an institution run by American missionaries. Again, they were unsuccessful in their search. As my father was driving out of the parking lot, my mother stopped him:

“We must go back. We didn’t see all the children there.”

My father insisted they had, but my mother was adamant:

“We must go back. I hear my daughter calling to me in my heart from within those walls.”

To humor her, my father acquiesced. And that was when my mother saw me for the first time and cried,

“There she is! That’s my daughter who has been calling to me all this time.”

Apparently, a young worker at the orphanage who had been caring for me for the last eleven months had bonded with me. Not wanting me to be adopted, yet not being able to adopt me herself, she had hidden me when my parents were there. When she thought the coast was clear, she let me out, and that’s when my mother and father returned.

Therefore, were it not for my mother’s intuition and determination, I would not have known the unconditional love and support I’ve enjoyed my entire life.” 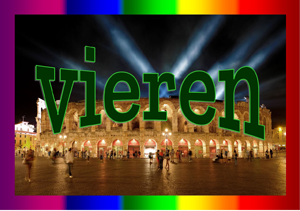