Nowruz, the New Year holiday, starts in the spring on the day of the equinox. Nowruz – literally new day – is the national holiday season in Iran.
It is important to clean up the house prior to the spring equinox, to clear away, to buy new clothes …

Nowruz is the most important celebration for everyone in Iran. This national celebration season lasts 13 — previously even 21 days — and coincides with the holiday period.

The originally Zoroastrian Nowruz is a family celebration where at first the young visit the elderly and finally the elderly visit the young.
Good food and gifts are important parts of this festive period.

Goodbye to Winter and hello Spring!
Nowruz is the start of the Persian New Year[2]

The first day of Nowruz is Wednesday, March 21, 2018. Nowruz is the most important holiday in Iran, marking the official New Year of the country. It is the first day of Farvardin, the first month of the Iranian solar calendar. Nowruz has been celebrated for over 3,000 years Iran.

Iranians have always held their celebrations by spreading a religious tablecloth inside. There, a variety of invocation tools, such as hearth as well as miscellaneous edible stuff, are placed. This is due to their belief that religiously prepared food, called Meyazd, will cause proliferation and beneficence of work.

During the Sassanian era frames made of kaolin were imported from China to Iran. They are considered the most precious goods of commerce traded between China and Iran. Named after their country of origin they are called ‘Chinese’.

To set up the Nowruz table exquisite dishes brought from China are utilized. Seven dishes, named after the seven sacred Amesha-sepands, are put on the table; hence the table is called Haft-sin.

The seven Amesha sepands are Ahura Mazda and six Amesha spentas, three of which are male and three are female. The six Amesha spentas are known by different names.
Each Amesha-sepand is an embodiment of both the heavenly and worldly attributes.
Each of the earthly attributes is represented by a specific entity on the table.

According to the ancient belief of the Persians, God created humans in the spring which is the season of birth and growth.
Most of the things which are put on the table’ are representations of love, birth and growth.

The Nowruz tablecloth: is usually green, which is a national symbol of Iranians and symbolizes the rejuvenation that spring brings about.
Picture of Zarathustra: indicates that we are followers of Zarathustra and are Zoroastrians.
The everlasting book of Gathas: indicates following the directions set forth by Zarathustra which is the only way to happiness and salvation.

Lighted candles: function as a symbol of divine light depicting the dynamism of light inside the human heart.
The mirror and the rosewater: mirror and rosewater symbolize luminosity and fragrance with which Zoroastrians welcome their guests.
The cone shaped lump sugar covered with green paper on the Nowruz tablecloth symbolizes luckiness and sweetness of life for the year ahead.
Pomegranate: symbolizes abundance of blessings. Its spin inside the bowl of water, with the oreganos, represents the rotation of the earth.

Coloured eggs: symbolize fertility and colourfulness represent the colourful world.
Bread, cheese and vegetables: an indication of Gods blessings and his provisions for us.
The green thread and needle: symbolize getting bonded with love and friendship.
Pastry and sweets: symbolize a wish for abundance, happiness, health, and sweet life in the new year. 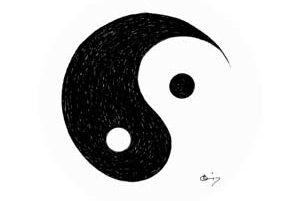