I guess that was my longest ‘silence’ ever between two blog posts. And even while there was so much happening in my philosophical life… Now I have to try to catch up a bit, before things will be too far in the past. In Momentum I wrote about experiencing new opportunities of collaboration and exchange on what matters to me in philosophy – and I mentioned one of them: an invitation to the philosophy department of the University of Essex. There, by mid-May me and Tübinger colleague Philipp Thomas, who has great expertise in teaching how to teach philosophy, were welcomed to spend some days for exchange with our Colchester colleagues in what our host, Matt Burch, had named a ‘pedagogy workshop’. A very apt title, as we gathered in different formats around pedagogy -explicitly on our common field: philosophy. We were kindly invited to observe teaching approaches in the newly formed summer program for bachelors students, to participate in a research activity on ‘race and gender’ theory, and to present our own views on philosophy pedagogy amidst an engaged group of Essex-colleagues.

I was invited to speak about ‘teaching philosophy interculturally’,  and my experiences with my new course on intercultural and African philosophy – designed for students in arts, communication and literature at my own university. I started by telling about ‘how I got here’. About my long standing interest in a dialogical approach in teaching, which I first used in the early nineties with the seminary students I taught for four years, being convinced that they should not just acquire knowledge of philosophy, but do so while also practising the art of exchange of ideas with each other and with me, their teacher. On top of that, I was not interested in promoting intellectual discussions only, but more so to create a safe space in which they could express personal commitments to values – so that these could be articulated, scrutinized, affirmed or critiqued – to be prepared, so to speak, for our present day situation of interculturality and pluralism. On the basis of this experience I was assigned the task, at the Free University Amsterdam, to transform service teaching (philosophy for non-philosophy students) from one-directional classical introductions into philosophy – into courses that were tailored to the programs in which they had to function, with more stress on active participation of the students. The actual transformation was of course coming from the teachers who designed and taught the courses – for earth sciences, biomedical sciences, and all the other fields. We involved pedagogy professionals from our teaching expertise center, who were developing a value-dialogue based method of academic teaching. The idea of this approach was that philosophy courses, more than before, would help students from all fields to develop their critical skills, not just intellectually, but also concerning societal, personal and cultural matters. That was twenty years ago. And over the years, developing several dialogical approaches as a service teacher myself (as well as in the philosophy bachelor and master programs), I introduced more and more content into the courses from other places than the obvious European and American ones – teaching, for instance, on the links between diverse African philosophies of communality and individuality and American theories of the social self, or on Foucault’s work on the prison in comparison with that of Angela Davis, using Rwanda’s gacaca courts as an example of new experiments of doing justice in cases of violence on an extreme scale. I was finding my way experimentally, as I didn’t want to close myself in in new – alternative – schools that were already emerging here and there. I showed, in my presentation, how I always make a point of including photos of the philosophers from different continents on my powerpoints, to create an – also visually – inclusive space for the students to learn together.

While I perceived the philosophy department at the University of Essex to be very open to connecting the field to ‘real world issues’, and as having a much more diverse student population than my own department has – my experience teaching students from so different fields as dentistry, cultural anthropology and development studies, theology as well as organization and governance studies – fields which include much more diverse student populations (in many respects) than the discipline of philosophy -, had brought me to this point in time where I could share from what I learned. And I got so many helpful and stimulating questions and responses. It was a great learning experience, and has nourished my hopes to develop further plans for interculturalizing and decolonizing philosophy teaching, together with colleagues from different parts of the globe. I think it is time for philosophy departments to get into this – to think through in a critical manner the efforts for inclusivity and diversity other fields in academia also have made, and also to re-think philosophy’s own role in history – often too close for comfort to the racisms and colonialisms in which European politicians, kings and entrepreneurs, do-gooders as well as researchers, entangled themselves. 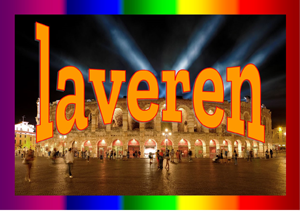